I’ve done a similar post in the past where I put a bunch of Beauty Pie cleansers to the test to talk about the selections available as a whole and really enjoyed that kind of post format. I wanted to do the same thing with the Beauty Pie Eye Creams! When I first decided I wanted to do eye creams as my next Beauty Pie range comparison, only one was in stock from the line and I was on stock notifications for the others! It’s safe to say that I won’t need to be buying eye cream for a while, I am very well stocked up on them (and I’ve just opened one in my advent calendar this week!)

I won’t recap too heavily on what Beauty Pie is and how it works as if you read my posts frequently, you’ll know by now. But essentially you pay a subscription fee which allows you to purchase products for the cost price, rather than a full “RRP” cost that other higher end brands would. If you’re interested in finding out more about Beauty Pie you can find a more detailed run down here.

This has been the one that I’ve trialled for the longest as it was the one I didn’t have to wait to come into stock. The Uberyouth eye cream comes in a small glass jar and reminds me of the M&S Absolute Lip and Eye Cream  packaging style. The formula is rich in peptides which are meant to help combat tired eyes, depuff and brighten dark circles. The peptides in the formula are for moisturising and firm the eye. The formula contains Raspberry Stem Cells (to detoxify), Caffiene (to depuff), Red Algae (Soothes, moisturises and strengthens).

The texture of this is creamy but not too heavy, I find that it’s a good eye cream at all points in the day and layers well under makeup if a really light layer is used. But I slather on a thick layer on at night and it seems to sink in fairly quickly. I find that this works best for moisutrising – I don’t suffer too much with puffiness but I have been short of sleep recently and have found that this has been pretty good at keeping me looking not too tired!

Out of the Beauty Pie eye creams this has the highest RRP of £65 and cost to buy, and for me it’s a pretty good all rounder. I feel like I notice qualities in the other more than this, but I don’t think I’ve probably been looking at this with the credit it deserves. Comparison wise, it reminds me most of the Kiehl’s Midnight Recovery eye cream. This is the eye cream I’ve used most all year and I feel like when I look back at images from a year ago I don’t really look like I’ve aged too much, which I feel like when you reach your late twenties rapid changes start creeping in, and after what has been the most stressful year I’m impressed I don’t really look all that haggered and still get asked for my ID every now and again.

Out of all the eye creams this was the one I was most intrigued to try and wanted to get my hands on. This has quite an intriguing formula, it feels bouncy to the touch and has a gel cream like feeling once on the eye are that feels cooling and refreshing. The formula spreads really far, and a dab of one finger into the pot is enough to do both eyes and eyelids. The packaging of this is the same size and shape as the Uber Youth, but instead it has a slight apothecary feel with the brown glass which feels reminiscent of brands like Kiehl’s. The list of qualities this eye cream listed are very similar to the Uber Youth eye cream – depuffing, moisturising, soothing, brightening and firming.

For me this is another one which is good across the board, however I find it noticeably brightening, when I switched from Uber Youth to this one I found that the same kind of level of hydration etc continued, and whilst I didn’t have dark circles, I felt like my under eye area looked a whole lot brighter after I had been using this for just a few days.

The core ingredients of this are Ginzing Root and Ginger, which is quite similar to the Origins Ginzing formula and the effects of this remind me of the kind of effects I saw in that.

The packaging of the Super Retinol eye cream is different to the others, it’s a much chunkier plastic packaging and comes with a pump to dispense the product, personally I prefer the glass jars as they take up far less space on my vanity and are easier to travel with as they easily slip into the smallest gap left in a makeup bag. I switched to this eye cream about a month ago and within a few days I found myself wanting to go back to using either Uber Youth or QI Energy instead.

Super Retinol isn’t a bad feeling formula, it’s pretty light and creamy – it feels a little bit thinner than Uber Youth initially, but once it’s on the skin it feels pretty much identical but it does take a little longer to sink in. Being a Retinol based product it’s one that is better to be used in the evening so SPF can be used in the morning afterwards. Retinol, I’m sure as many of you know is a product which is known for it’s anti-wrinkle properties, I have a few faint under eye crinkles but I wouldn’t go as far as to say they are wrinkles… yet. I’ve noticed when I go through stages when I get lazy doing my night time routine and eye cream gets skipped they become more prominent, but as soon as I start using eye cream and they get more hydrated and become far less noticeable.

The formula contains hydrating ingredients such as Hyalauronic Acid alongside the Retinol which brightens and reduces the signs of wrinkles. I find this eye cream slightly less moisturising than the other two, but it’s certainly not ineffective. Personally I’m not waking up feeling like I look 19 instead of 29, however I also don’t think that I’ve really got that many wrinkles to try and cure. If the reviews on the website are anything to go by, it seems like a lot of people find it quite effective, and I’m going to pass this onto my Mum to use the last 3/4 of the tube of and I will get her to follow up in my empties to see how it works on an almost 60 year old versus an almost 30 year old. But if wrinkles aren’t your problem area I recommend either of the other two over this one. 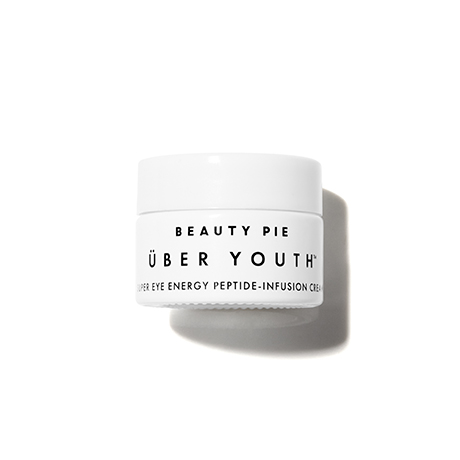 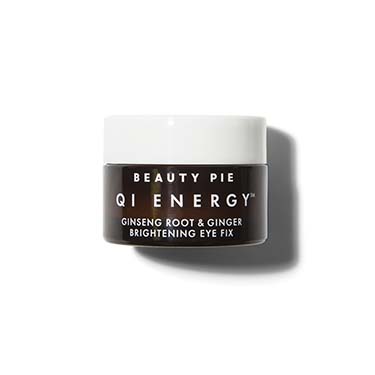 Ranking the Beauty Pie Eye Creams in order I’d put Super Retinol at the bottom – more so because I just don’t think it’s the best one for my skin at the moment. I’d then put Uber Youth in the middle and then QI Energy at the top, but I could use them pretty interchangeably between the two.

If you wish to try Beauty Pie for the first time you can get the first month of the membership fee knocked off by clicking on this link here (referral).

Have you tried the Beauty Pie Eye Creams? What are your current favourites?